Zoho (until 2009 called AdventNet) is widely known for its free CRM application.Â Zoho CRM was released in 2005, followed by the releases of Projects, Creator and Sheet. Zoho expanded into the collaboration space with the release of Zoho Docs and Zoho Meeting in 2007. Each year since 2005, Zoho has released additional applications, and in 2017 released Zoho One, a comprehensive suite of 40+ Zoho Applications.

Today Zoho applications are used by over 50 million users worldwide.

It’s Creator product is a low-code development platform, intended to build apps that run on any device. They have their own scripting language, called Deluge, that is used to build functionality that the visual tools can’t deliver. 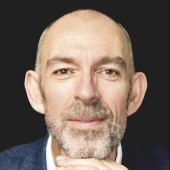 X
We use cookies to ensure that we give you the best experience on our website. If you continue to use this site we will assume that you are happy with it.
OkPrivacy policy